Currently on long term hiatus... but anything is possible!

These characters started out as a design assignment for a Visual Narrative class but as time went on I found them to be a really fun set of characters to revisit from time to time.


This first set of strips are pretty rough around the edges, largely due to my limited skills back then coupled with major time constraints I had to work around. I would really like to go back and redo them but was advised by my professors that I should really just concentrate on continuing their development and allow them to improve naturally over time. 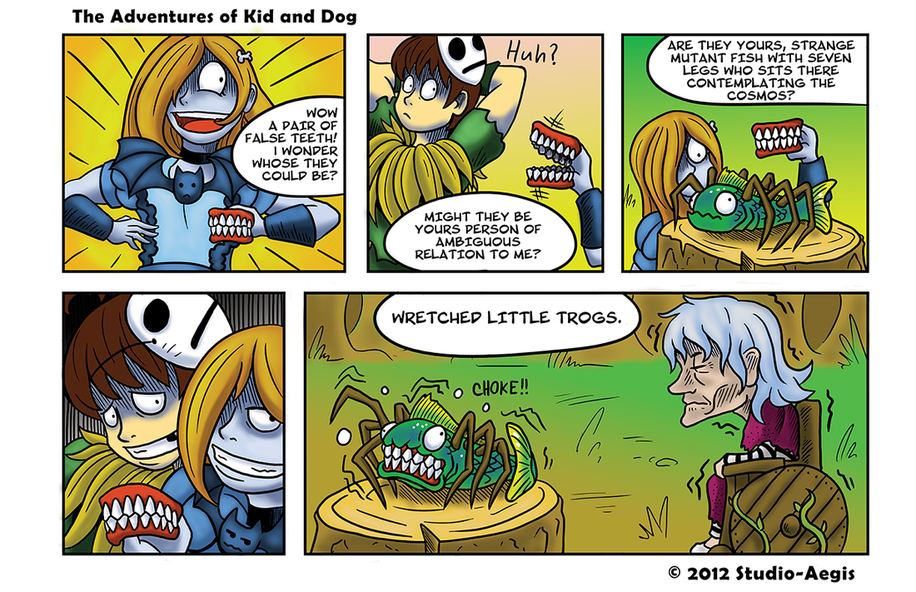 The comics that followed from this point were part for a special topics class in college where I decided to revisit these wacky characters. Eventually deciding to name them Kid and Dog. Though as to who is which is for you to decide. ^ o^

Time constraints again became a major issue with the following set. Having to take 4 classes at once, due to the limitations of the GI Bill at the time really wrecked havoc on them at one point that should be clearly identifiable. XD

The strips from this point forward were made during a point where I was really struggling to narrow down the career path I should pursue to make ends meet as I was nearing the end of my college years.

I had a lot of fun with them but eventually found that I my work process at the time was just too slow to be able to keep up with a weekly comic. Sadly now several years later my skills have vastly improved but my output still feels soooo slow.

Eventually the series would peter out after this next set. I eventually realized that focusing so much energy into this series was alienating my long time fans, so I had  make a hard decision as to where I would focus my energies in the future until such a time when I would be better equipped to keep bread on the table, metaphorically speaking.

Here was a set of strips I was using to advertise my re-branded Patreon campaign back when Kid and Dog was the focus of my business model.

I realized that I would never be able to keep bread on the table table with that model so I eventually had to retire the series and shift focus entirely on to Crimson Dames.

Its been an arduous uphill battle but I eventually managed to reduce my cost of living enough to be able to just barely scrape by.

It may be a minimalist monk like existence, but its hay, its a living. :p

What the future holds for Kid and Dog, I cannot say. I really would like to revisit them down the line. If only I could double or triple my work output it would be such an easy decision to make.

Perhaps If I'm one day able to secure funding to a degree that allows me to hire a dedicated inker I'll hazard returning to these creepy children.
^  _^

The best way to help move things in that direction would be to become a patron via Patreon! ^  o^ 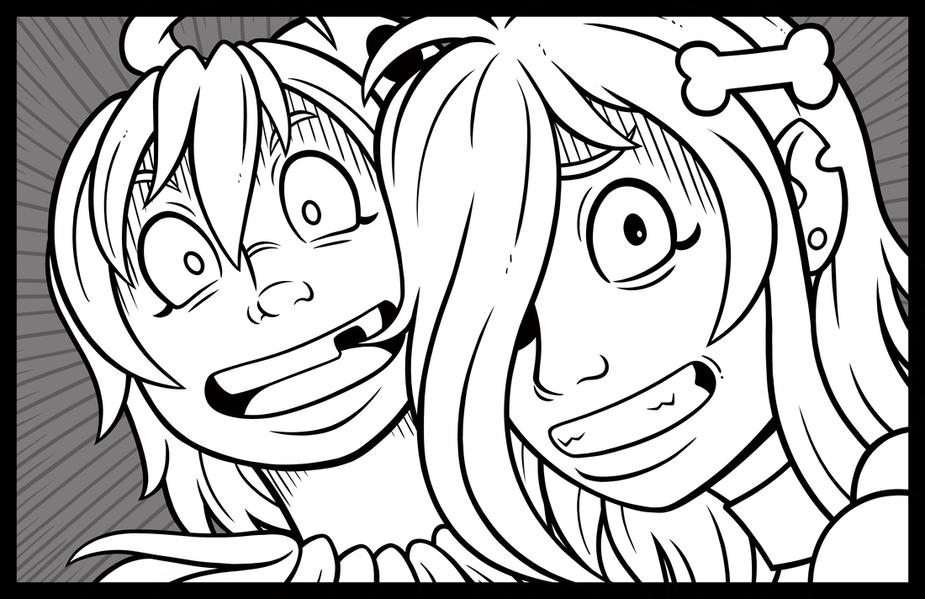