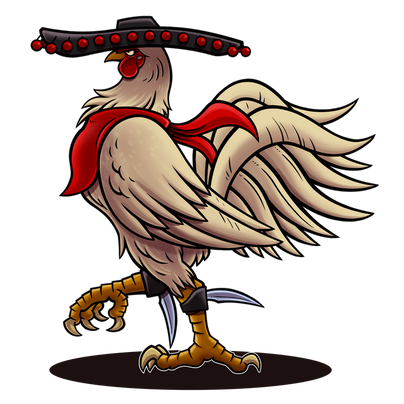 Obstacles to overcome, and dreams to be made a reality!

Obstacles
My life’s work is dedicated to a dream that my stories and illustrations might one day help to embolden creators still learning their craft. To inspire people to never give up on themselves and to not lose their passion for life. I want, in a sense, to become a counterbalance to the harsh rigors of daily life by providing a bit of escapism that will help people to recharge as well find the strength within themselves to take on the next challenge life throws them by the horns.

I am not simply a person plagued by lofty dreams, the sort that often keep me awake late at night researching ways to bring them into reality. I am also a man beset by many immediate financial needs that prevent me from reaching my full potential.

Let us explore a few of the issues of most immediate concern below…
Vehicle
Late in 2017 my car was totaled in an accident that me left me without a reliable means of travel for over a year now. Thankfully no one was hurt and I wasn’t at fault but the ordeal left a substantial financial burden to overcome in order to gain back some of my independence. The situation makes it difficult to visit what few friends and family I have in this region, and even the simple task of shopping for groceries has become quite the loathsome ordeal.
Housing
To lower my cost of living I’ve been forced to live several years now in a show box sized room in a friend’s basement for several years now. Give my propensity for shyness I tend to hide away like some sort of cave creature when people are about the house above me. The lack of space wouldn’t be so much of an issue if not for the fact that each living space I’ve moved into for the past decade have gotten radically smaller. It was like a twisted game of Tetris just to fit all of my worldly belongings into this single room. There are so many mediums of art that I want to be able to throw myself into to advance my creations but can’t due to lack of space and income.

*Update*
I have since finally been able to move out on my own again in a quaint small home I'm renting in southern Virginia. The next stage of the goal is to improve my income enough to be able to get a mortgage for some farm land to start my dream studio!
Maintenance
Most of my electronic tools, those tools I use on a daily basis to create my works of art, have grown quite old and could fail at any time. I often dread the thought of waking up to bricked computer or Cintiq. Not to mention the various recurring fees from accounts I find essential for performing my work online.
Health
As a disabled Air Force Veteran, most of my potential health concerns are covered by the VA, all save for the one condition that plagues me most. The one ever deteriorating state of affairs that has caused me to become a recluse, some twisted creature living under the floor boards that occasionally braves the outside world to scavenge for food.

That condition being my desperately deteriorating dental health. The potential pain I might have to deal with on a daily basis is a total grab bag. It’s a sad state of being that just feeds into a downward spiral of depression and complicates all other health concerns. One that has me dreading all physical social gatherings. It’s gotten to the point where the only path I can see for recovery is getting them all pulled and replaced with dental implants. The cost of which… is staggering.
In order to endure with these various financial burdens weighing me down I have done everything in my power to reduce my cost of living as low as is feasibly possible. I’ve been living the minimalist life style of a monk for several years now, with only a handful of treasures left to remind me of what life was like when I was financially stable in the military.

I’ve sacrificed much in order to maximize the amount of time I can dedicate to my creations on a daily basis. My aim is to get the first few official products for Crimson Dames complete and hope that they find their audience. Sooner or later I’ll reach a point of critical mass were I’m able to make a proper living through my artistry. For the now though I’ll keep plugging along and elevate as many people as I can reach along the way.

Dreams
To support my artistry isn’t just helping a single person to pay the bills, it’s a step toward helping many others to reach their full potential. I have so many projects that I’m working round the clock to bring to fruition. Stories such as…

To include the various mediums that these stories could be branched out into.

A major dream that I’m actively working toward is to purchase a large plot of farm land.

I want to build a studio that has housing for those artists dedicated enough to want join their efforts with my own.
The idea was that while I wouldn’t be able to pay any other artists initially, I could compensate them through affordable housing while we pool our efforts to create high end products to share with the world.

If I could secure a decent enough plot of farm land I'd like to eventually look into the idea of renting some out to help cover operating costs. Then down the line I’d love to start expanding into creating horror props, which I would then expand into making a unique haunted house experience. Not just some dinky spook house mind you but something on pare with the Disney Haunted Mansion.

I would love if I could make it werewolf themed to relate to my Crimson Dames works, but knowing the restrictions of cost and technology I figured that a very effective horror experience could be devised using a theme of mannequins to start off with. I've got quite a few strong concepts I am dying to see rendered. ^ _^
That part I’m sure though will be more long term to the more immediate goal of securing land and devising a means to make it pay for itself.

One thing that I hope to accomplish through all this too, is to raise the standards of storytellers and their audiences alike. So many once iconic franchises I grew up with and have long adored have been completely brought to ruin. I want to create products of high quality that bring awe to those who behold them, and hopefully in the process bring a restoration of the standards that used to drive these mainstream productions.

A pledge made to Studio-Aegis is one made in support of all this and more. Your support will help me in my ever continuing struggle to chase perfection, While that in and of its self is an impossible goal, along the way I’m sure we'll find excellence. Thank you so much for your consideration, and I hope we get to become good friends. ^ _^